The Repro iOS app and website will go offline next week.

It’s been an interesting project. I built it from scratch and learned a lot making it. Wrote an iOS app, handled user feedback and went through several updates, later I also built and maintained a server backend API and an accompanying public website. Overall, I still like the idea but the thing is that I like some other ideas even more and need more space to pursue those.

The most important addition is the online gallery. Now it’s really easy to share your before-and-after photos, directly from the app.

There’s a nice interactive slider on the page that allows people to switch between the two pictures. 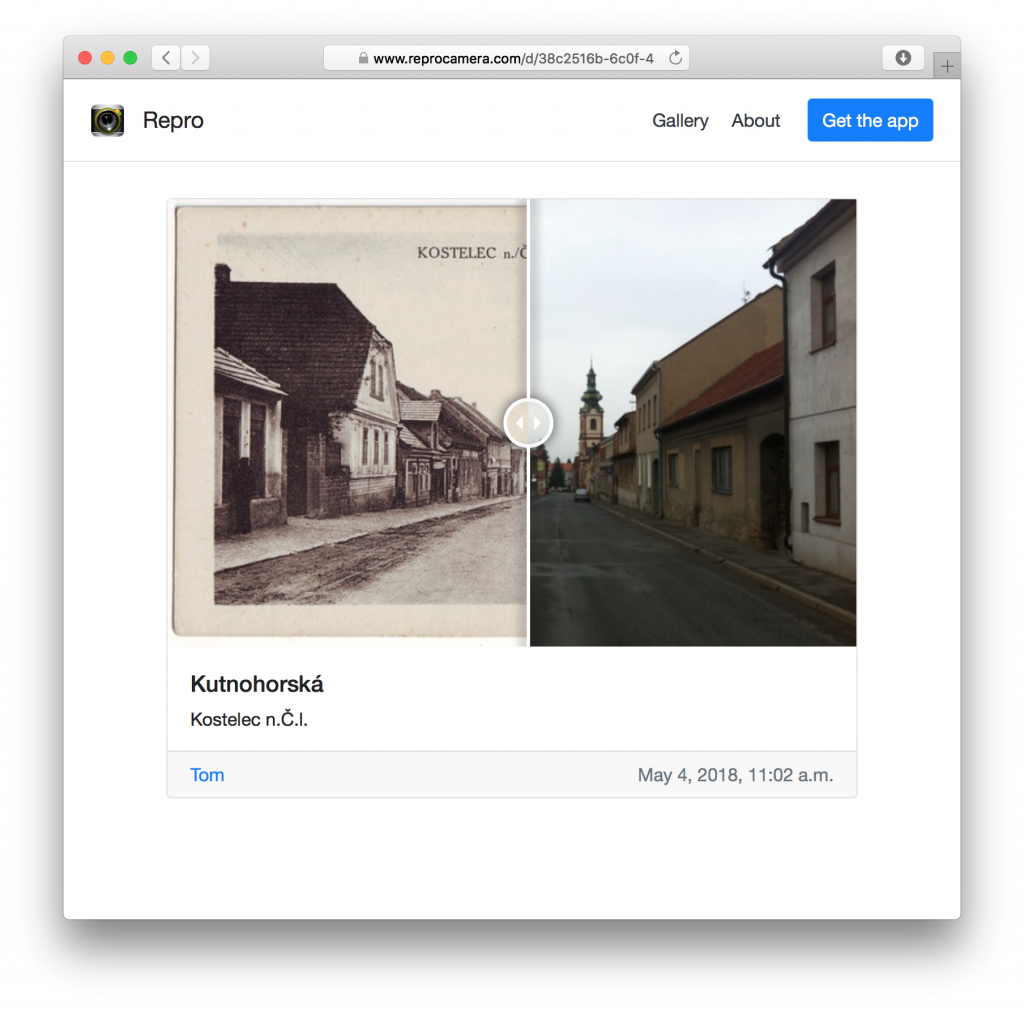 My before-and-after iPhone camera app Repro has been updated to version 1.2.

This update brings support for iPhone 6 and iPhone 6 Plus screen sizes, adds 64bit support and contains some small fixes.

My before-and-after iPhone camera app Repro has been updated to version 1.1.

The update brings support for iPhone 5 screen size, brand new iOS 7 UI and a new way to show the photo overlay. I’m very happy with it.

Today I’m releasing a small iOS application called Repro. It is not a game but I have enjoyed working on it and I’m having fun using it. Hope you will, too.

Overlay a picture in the camera viewfinder to take multiple perfectly aligned shots.

Get it from the App store

With Repro you can:

Photos get saved to the camera roll so you can use your favourite apps for editing and sharing.