I had a promising game prototype for about two years. It was just lying there… I wanted to turn it into a full game but I just didn’t have enough time and energy to do it. I spent long hours each night trying to move it forward but I was just too tired. It wasn’t going anywhere.

In Spring 2014 I decided to reserve one day of the week to work on my game. So each Friday, instead of commuting to my regular job, I go upstairs into my home office and work on Superforce all day long. 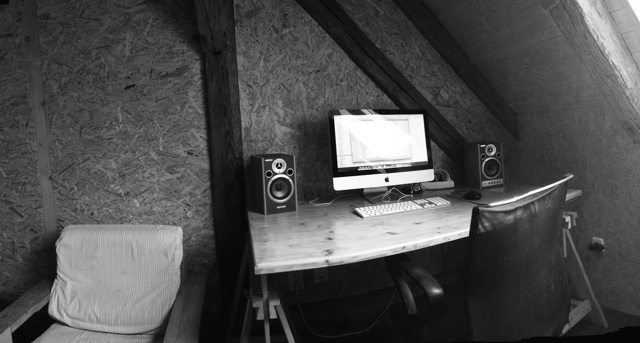 So far I count 16 Fridays. It’s a cool setup and the game is now progressing really well. There’s no stress. I get up in the morning, fresh and with a full day of game development ahead of me. Good times. Big love & thanks to my wife for supporting this endeavour.

I don’t want to call myself an indie. To me, being independent now means something else than it used to. It’s not about making enough money from games to be able to do it fulltime. I tried to achieve that and it didn’t work out for me. But even if it did, I’d have to work really hard just to keep it that way and that would spoil the fun. When it comes to game development, I am now as independent as I can ever be. Will the game sell? It would be nice but I don’t depend on it. I’m an amateur. A hobbyist. And I’m happy.