I decided to do some extra work on Devastro. I need to make localization easy because there are some distribution deals coming and I want to keep all the different builds in sync. Second, there will be more variety to the missions and some enticing mid- and long-term goals. Third, the controls, handling and graphics get some fine-tuning to give the game a better “feel”. Yes, even the aliens get a proper walk animation. I’m so generous. 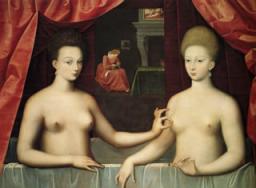 Starting easy with various little tweaks here and there.

Added dynamic alpha blending to the renderer. All smoke, decals and debris can now fade in/out smoothly. Took quite a time to add the alpha component to the rendering “pipeline” but once it’s done it can be used for many things.

Added keyboard controls. Ctrl for shooting (same as left mouse button), arrows for walking. As expected, these two don’t work together very well. The soldiers still aim where the mouse cursor is, so it’s impossible to play using just keyboard. However playing using the arrows for walking and mouse for aiming is alright.

Improved pathfinding. The a* algorithm now uses 8 directions (connections) for each node instead of 4. Soldiers that get behind and have to get around obstacles to join you again don’t look so stupid now.

Barrels! Just like in Doom. Shoot them, they explode. Not used in any levels yet.

Improved level editor. Adding ‘links’ between various objects is now done by drag & drop instead of typing the ID numbers of the objects. Should’ve done that earlier.

Added support for “zooming” in and out. Not used yet but the plan is to add some levels or cutscenes that will be played in a different scale. Also very useful for the editor.

Many other fixes and tweaks; upgraded bundled JRE, NSIS, Retroweaver; done a lot of refactoring in many places, removed Linux build scripts (maybe next year will be the year of the Linux desktop? No?).